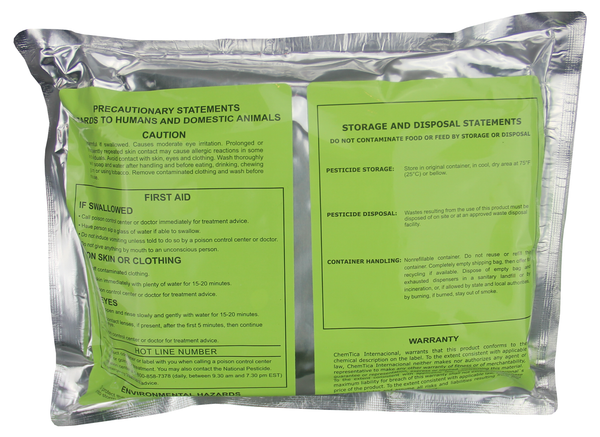 Pine beetles produce a repellent pheromone in an infested tree when the tree does not have enough food to support invasion of any more beetles.  It is a beetle signal to 'Stay Away', 'No more room'!  This natural pheromone is Verbenone and it has been chemically copied and placed in BeetleBlock-Verbenone packets.

BeetleBlock-Verbenone Protects Against These Pests

Four years of testing by the USDA and Forest Service show that in high beetle populations where beetles were specifically attracted into the test area with attractants, the percentage of trees mass attacked was reduced from an average of 74% on untreated trees, to 18% on BeetleBlock-Verbenone treated trees.

Registered by the EPA and approved organic by USDA/NOP.

BeetleBlock is safe for both users and the environment.  Unlike the insecticides approved for control of Mountain Pine and Ips Beetles, BeetleBlock-Verbenone does not kill bees, beneficial insects, or aquatic organisms.  BeetleBlock can be used around lakes, rivers, and streams and is safe to wildlife.  Application by certified applicator is not required.  Always read the label and follow precautionary statements.

BeetleBlock-Verbenone is NOT registered for use or sale in California.